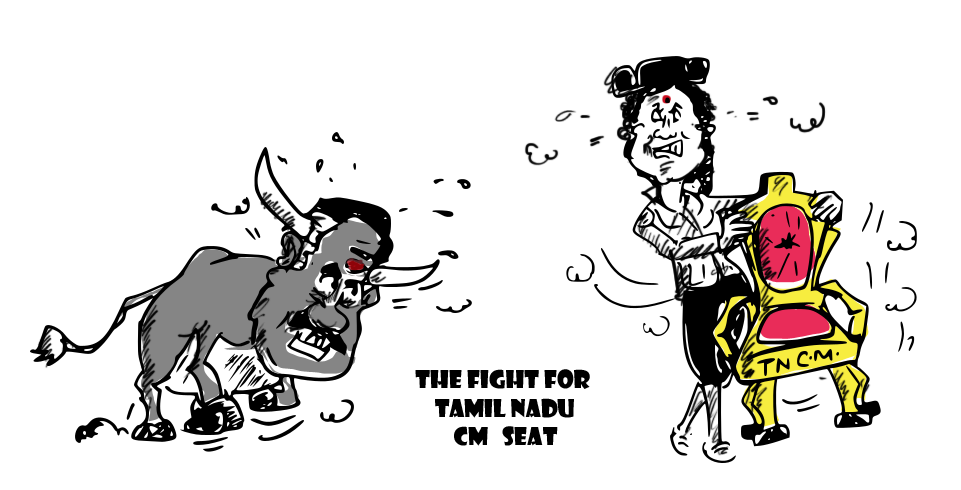 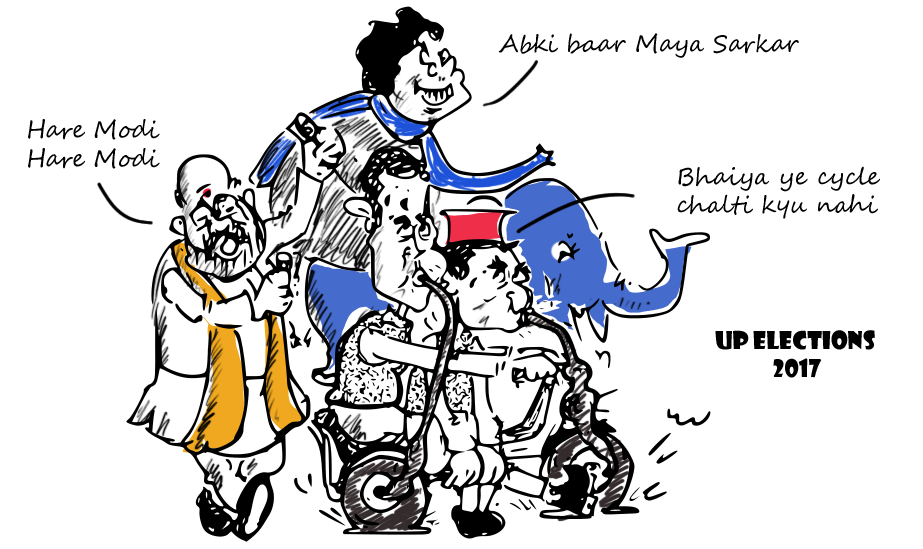 Addressing a rally in Kanpur,UP,BSP supremo , Mayawati asked voters to refrain from voting inf favour of BJP as according to her the country would get ruined with communal riots.
Well,she has a reason to say so because of the 2002 Gujarat riots that took place during Modi’s regime. But if by any chance she gets an opportunity to be the PM ??? History also reminds us,as a Chief Minister of UP, how she had wasted crores and crores of money in making Elephant Statues(her party symbol) and a park packed with statues of her party’s leaders including herself. Was that not pure wastage of funds which could have been allocated for the welfare of the citizens of the state?

Addressing the crowd at the Vigyan Bhawan , Rahul Gandhi said Dalits in the country need the escape velocity of Jupiter to attain success.He also added how much he wants to work for the Dalits and that Mayawati did not allow her to during her regime in Uttar Pradesh.He also added only Mayawati alone cannot help the Dalit progress and that more leaders should come up.
Dalit Vote Bank is what Rahul has been eyeing on since years now and so far has never succeeded. Will he ,ever, in future ? Although his attempts have always frustrated Mayawati,the BSP Supremo,in the past. Former Uttar Pradesh CM,Mayawati, has said that the large state of Uttar Pradesh should be split into smaller states to facilitate better governance and also supports the formation of Gorkhaland out of West Bengal and Vidarbha out of Maharashtra. The SP is against such splitting of Uttar Pradesh.
Ideally this is a better way for small parties to come to power and  remain there for longer period of time because they know the areas of  their strong hold in bigger states and good governance is the only sugar-coated pill for splitting states for vested interest.

Former UP chief minister , Mayawati , criticized Congress and its leaders for commenting on meals available for Rs 5 and Rs 12 and stated their comments indicate how far are they from ground realities. Mayawati ji is the same CM of UP who spent crores and crores of money on erecting statues of elephants (her party symbol) making parks of Dalit Leaders of past and astonishingly she got her statue done as well. 😀 Think poor people can live without meals but not without the statues of their beloved leaders . 😀 😀 😀 Does the Congress know that??? 😀

Mr U.S.Mishra,former CBI director accused pressure from government particularly while he was handling former Uttar Pradesh CM,Maywati’s,disproportionate assets case.As expected the government has denied any such allegations and has blamed it on BJP which was in the government at the time when Mr Mishra was the director.BJP on the otherhand says it is the Congress government which controls the CBI(Central Bureau Of Investigation) and uses it against political opponents and to keep allies in check.