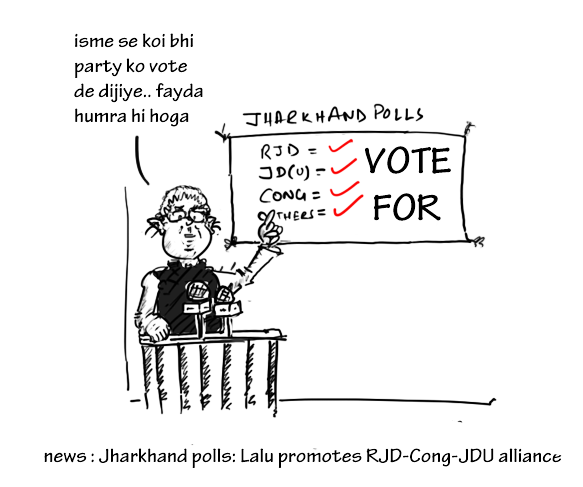 To curb down the emerging power of BJP and Modi, Mulayam Singh Yadav, Nitish Kumar, and Lalu Prasad Yadav  have joined hands and are having talks to merge up as ‘Janata Parivar’  which may include the three and HP Deve  Gowda.
It would be interesting to see if this group of opportunist politicians will actually get any opportunity and scope to unite for a common interest. 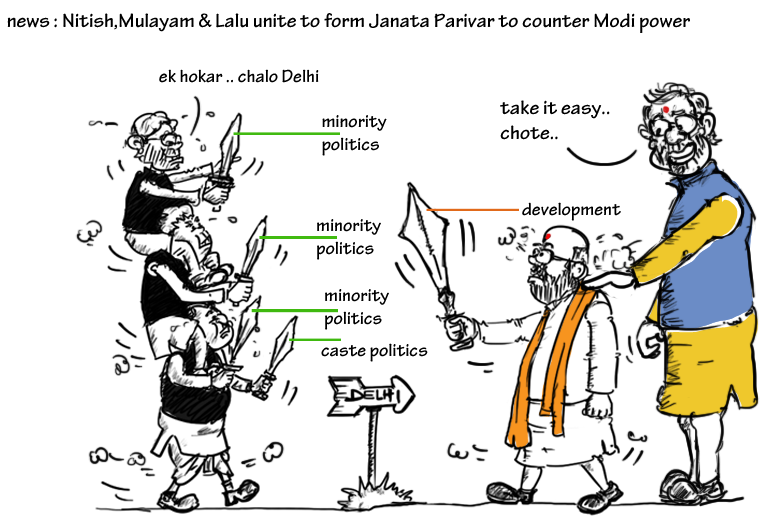 RJD Chief , Lalu Prasad Yadav has finally decided to make use of social media platform. Yes! Lalu ji  is on twitter,now! 🙂 He opened his account on twitter and also managed a good number of  followers within minutes.
Looks like,the political fraternity of the nation has suddenly realized the impact of social networking after the phenomenal success of AAP in Delhi. 🙂 The former Chief Minister of Bihar , Lalu Prasad Yadav  performed  a two-hour-long ‘tantra’ puja at the Pagla Baba Ashram near Mirzapur in Uttar Pradesh. Current CM , Nitish Kumar , was smelling conspiracy in Mid-Day Meal tragedy which killed 23 kids due to contaminated food at school. Any connections ? 😀  Interestingly,this tantra puja has been performed after the Supreme Court agreed to transfer the multi-crore fodder scam case to another judge, offering a greater relief to Lalu Yadav , as he is the prime accused in the scam. The judge who was currently handling his case is a relative of a minister in the Nitish Kumar and hence it was argued that decisions may be partial. On Feb14th 2012,replying to the questions of Special CBI judge, Lalu Prasad Yadav , the former Chief-Minister of Bihar ,allegedly involved in Rs900 crore plus of fodder-scam pleaded not-guilty and called it a political conspiracy. He stated CBI,under pressure had fabricated and acted against him.