Feb10th’15
Delhi gives full support to AAP lot beyond the exit polls. BJP has been swiped away badly enough and Congress stands no where so far!!
BJP to Delhi : Fir se bolo… Ab ki Baar!!!
Delhi to BJP : bohot hua.. ab ghar ja yaar
The results are overwhelming for AAP but is it the win of Kejriwal or loss of Modi or is it completely the win of voters who are playing smarter than ever ???
Opinion Polls show AAP is maintaining a winning trend in Delhi Elections with probability of getting as many as 42 seats out of 70 to be able to make its government easily. Arvind Kejriwal , as per exit polls, show he still remains the major favourite as Delhi Chief Minister. 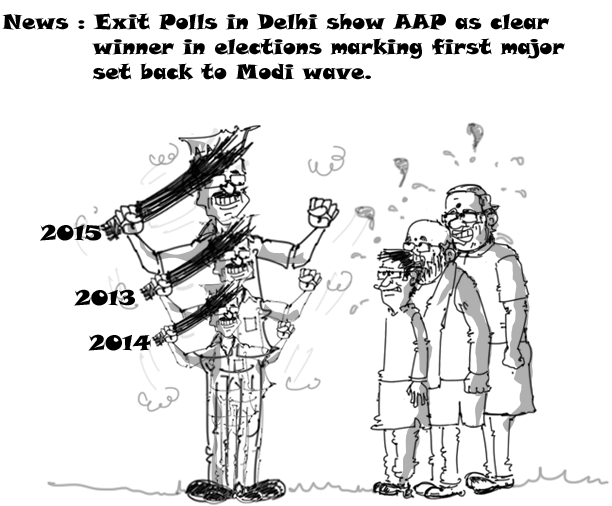 AAP winning Delhi would give a major setback to the ‘Modi Wave’ which is believed to have maintained its impact on state elections so far since 2014 General Elections where the wave broke trends of coalition govts by giving Modi a chance to make a majority BJP govt in the Centre. 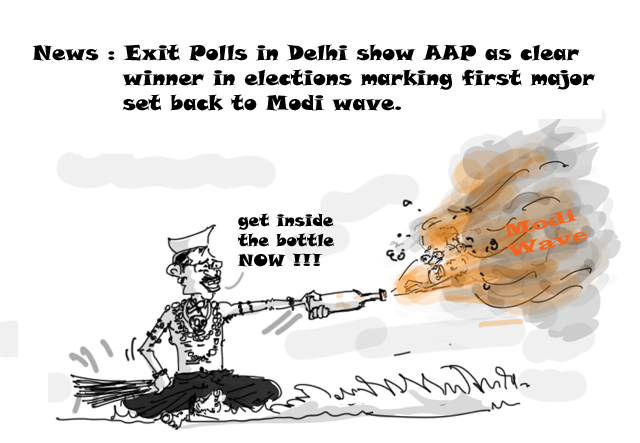 It is undeniable that 2015 Delhi Elections certainly required a stern and prominent face like Kiran Bedi to be the face of BJP. Keeping in mind that Arvind Kejriwal had managed to counter-attack, if not nullify, the NaMo wave, in 2013 Delhi Elections. It might be an appropriate step to choose Kiran Bedi as the CM face against Kejriwal. A major common factor between Bedi and Kejriwal is that they both are not that great as team players. While, Kejriwal is comfortable as the Top Boss of his political party AAP , Bedi has joined a team where she might not have the liberty of being herself entirely.
While, Kejriwal is rowing his boat on his own , its Kiran Bedi who is on a ship which is Captained by PM Modi. 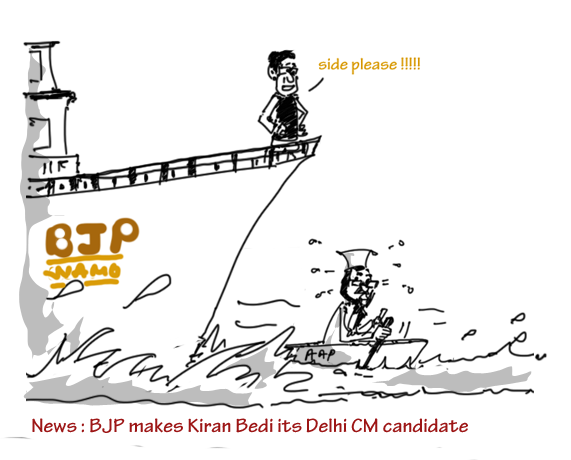 Here is a great article on Hindustan Times highlighting the similarities and differences between Bedi and Kejriwal if one might be interested to know in-depth about the way both handle tasks at hand.
BJP knows that Kiran Bedi joining BJP and being portrayed the CM candidate can ease the competition with Kejriwal but cannot eradicate the fear of loss. Keeping this in mind, party president, Amit Shah, has made aggressive plans to attack AAP and the BJP is about to hold 250 rallies within the next few days left for elections. These rallies include 4 rallies by PM Modi himself. 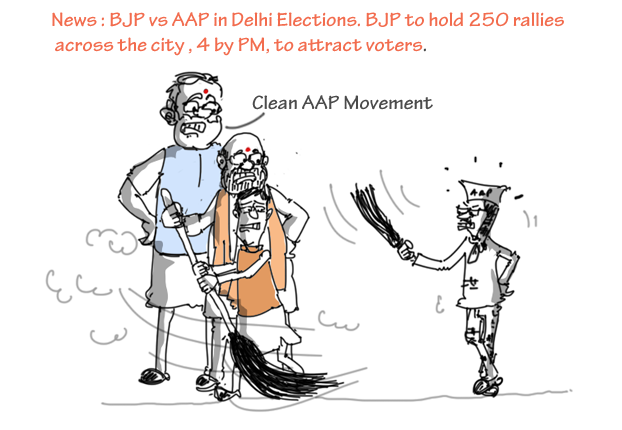 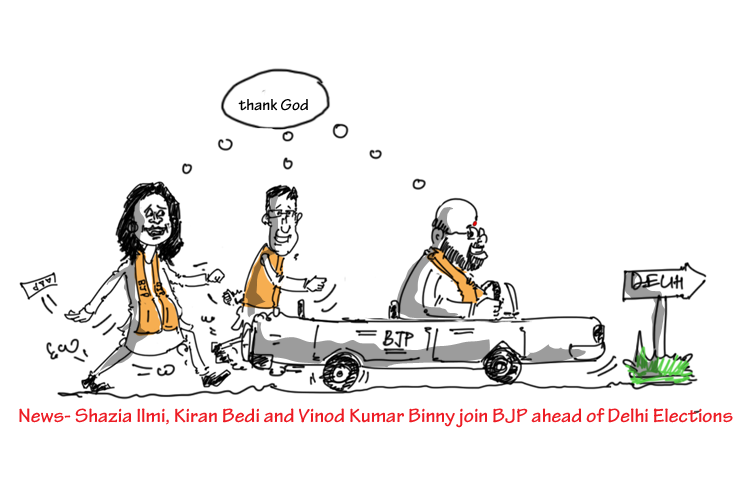 While Anna Hazare has criticized the new draft of Lokpal Bill by the government, his team member ,Kiran Bedi,said it met most of the demands of a strong lokpal and is a baby step towards the same.Arvind Kejriwal , the ex-Team Anna member and the ‘Aam Aadmi Party’ chief has also declared his dissatisfaction with the new draft.
The name,Anna Hazare, got popular with the same Lokpal Bill issue which he wanted to be passed by the government, to curb down corruption in India and the same Lokpal Bill made him head a team called  ‘ Team Anna’ and then differences of opinion made Arvind Kejriwal, a prominent Team Anna member split and launch his political party- the Aam Aadmi Party-a political solution to fight corruption in India and all this paced down the India Against Corruption Movement led by Anna.Now it seems like another key member Kiran Bedi has a difference of opinion with Anna.Hopefully,she sticks around with Anna. 🙂
The government,on the other hand, has not only been quite successful in curbing down the much-hyped ‘India Against Corruption Movement’ but has also successfully reduced the strength and impact of  Anna and his Team.Kudos to the art of silence of our Prime Minister  ‘Maun'(means silence in Hindi)mohan Singh,the India Against Corruption Movement slowly and yet steadily lost its leadership,pace,goal and ultimately the interest and support of usually reluctant to react-  ‘Aam Aadmi'(common man). Well,the mystery remains unsolved if it was Team Anna itself or a clever brain of the Govt behind the sabotage of a world renowned movement led by Anna.  🙂

Guess, Team Anna has understood that the times of British and Gandhi ji is no more hence those old methods of raising voice against government policies and corrupt leaders will never work !