Bihar CM, Nitish Kumar announced the ban of liquor from the state but in April 2016. One of major committments by the Nitish Kumar was making Bihar a dry state after some women protested in front of Nitish Kumar . Why not an immediate ban ? Is it the heavy revenues which the govt collects from taxes on liquor sale or just to ensure their stand against the BJP party which has been making news for banning “beef” in Maharashtra and J&K ? 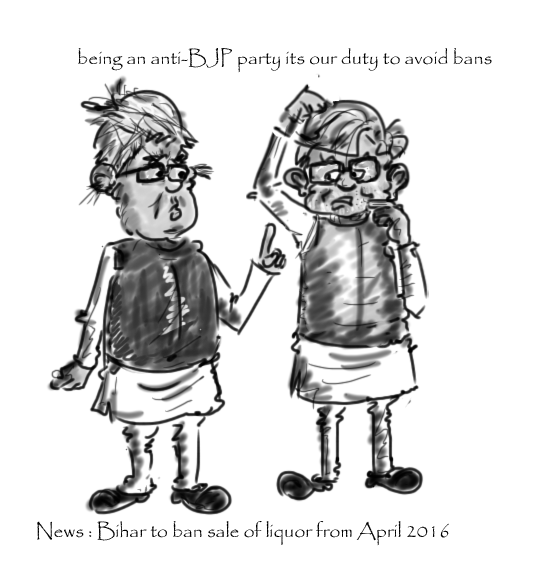