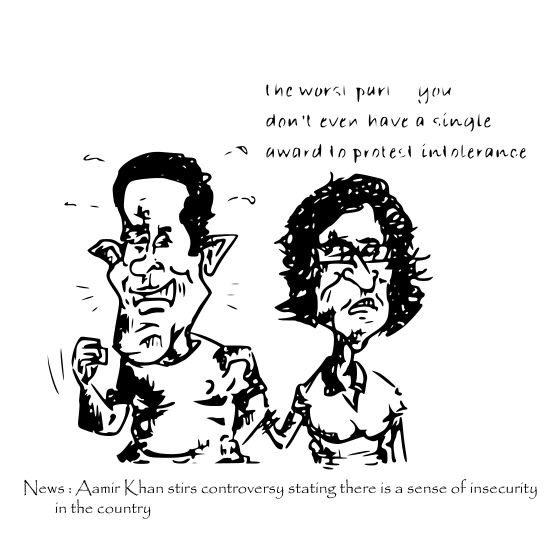 2 thoughts on “Cartoon on Aamir Khan says Intolerance in India”