Anna Hazare ,the anti-corruption crusader, who seems pathless after Arvind Kejriwal (ex key Team Anna Member) decided to join politics to curb corruption,leaving Anna and his anti-corruption movement directionless,has declared he wont vote for Kejriwal’s party as he feels Kejriwal is power hungry.Previously,as well, he had given similar statements against Kejriwal and Kejriwal remain silent.
Is this a genuine feedback about Arvind Kejriwal by his ex-boss, Anna Hazare or is it just dissatisfaction as the focus of the world has shifted from Anna and ‘India Against Corruption’ Movement to Arvind Kejriwal and his ‘Aam Admi Party’? 😉 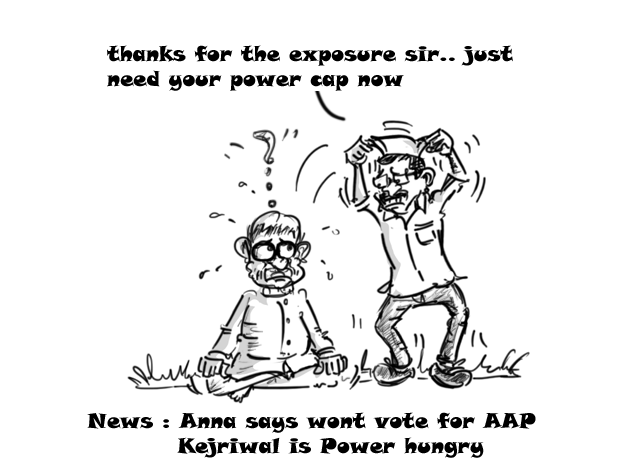 0 thoughts on “Won't vote for AAP!Kejriwal is fascinated to power-Anna”