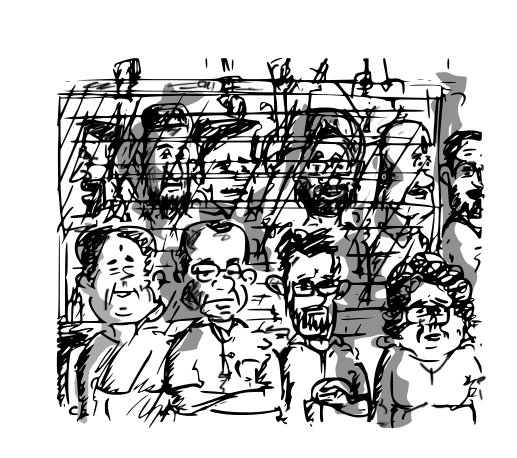 The scariest thing for a ‘new-comer’ in Mumbai would any day be the Life-Line of the financial capital of India, the Local Trains. The first thing explained to the newbies by the inhabitants of the city is about the Trains. Mumbai being the most populated city of India is also geographically stretched over a huge area. While the main city is as big as any other Metro cities of India, it is the sub-urban area and the areas of Navi Mumbai (New Bombay/Mumbai) which make the city too huge to travel from one distance to the other.  The local trains are therefore the best options if one has to reach his targeted destination on time. Moreover, the interval between trains is negligible compared to local train services in any other Indian city.

Trains coming at short intervals and also being fast and very cost-effective, attracts the population of the city towards itself and hence the first thing an inhabitant would educate a newbie about is the Local Train, the timings, the frequency and above all the CROWD. 9 out of 10 times , you travel by train anytime between 6am-12am, chances are rare that you would get a seat.Rest of the times,boarding the train itself needs prior practise at home. One needs to be good at pushing , pulling and most importantly be able to stand on a foot while somehow manage to intrude one hand to get hold of the hand-rest. Mumbai being a humid city almost round the year, it adds on to the pain. However, within a span of 15 days of regular train journey, one would be accustomed with the rules of the LifeLine and most people learn the art of survival till they reach their destination.

It is the same Lifeline which has another picture as well. The crowd of  500 people, in every compartment which cannot afford more than 200 people, there is an India which does not discriminate. No religious discrimination, no caste discrimination, no state discrimination, no rich-poor discrimination(of course there are first class compartments in each train and not to surprise,even they remain crowded,may be a little less), no discrimination at all. One India! Everyone has a common goal – just to reach their destinations. It is not that conflicts do not occur between co-passengers but it is a rare sight. The Life-Line of Mumbai does not allow any classification of human being (except for men & women and handicapped compartments are different ). There is only one goal of every individual boarding the train , that is to reach his destination and everyone is tolerant to extremes. It somehow develops a sense of brotherhood between the passengers who adjust because they understand the goal is similar.

Had every one of us realized  that we all have come in the world to go away , sooner or later, probably competitions would have remained healthy, ambitions wouldn’t shape-up as hunger and greed. Probably, boundaries of nations and states would have been lesser and supremacy would have been measured in terms of giving away all and not acquiring the most !

0 thoughts on “Lifeline of Mumbai-Local Trains”